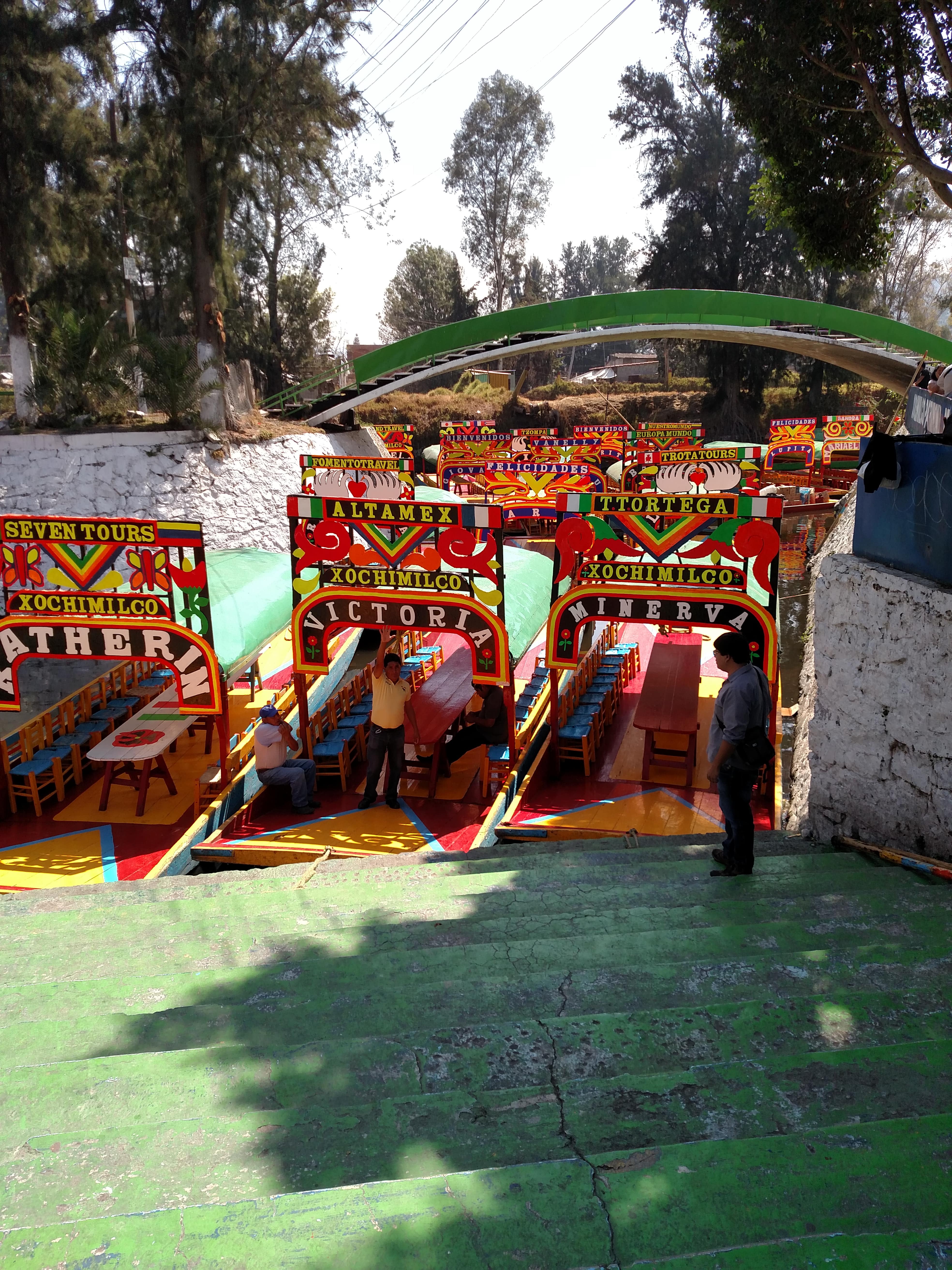 Flights to Mexico City go on sale pretty regularly from our coverage cities for under $300. Justin goes to Mexico City with some frequency and here are his practical tips. It is a long read but there are tons of good tips. It’s worth reading and visiting. He is not a blogger, so follow him on twitter.

Mexico City is one of my favorite places in the world to visit. At no more than a 5-hour direct flight and no more than a 2-hour time difference from just about anywhere in the United States, it’s an ideal place for a quick trip over a holiday weekend. One of the world’s great cities (a Globalization and World Cities [GaWC] Alpha World City—think Chicago, Toronto, São Paulo, or Milan), Mexico City gives you all of the big city feel of a New York or Los Angeles, but significantly bigger. On the whole, Mexico City is a great place for a trip.

The news gives Mexico City a bad rap for crime, pollution, traffic, you name it. While there is some truth to the stories from Mexico City, most of the negative aspects are confined to areas of no interest to tourists (mainly low-income residential neighborhoods on the outskirts of the city). I have never seen any real crime in Mexico City and it is no more dangerous for a tourist than any major city in the United States—unless by “dangerous” you mean “death by taco.”

First off, the currency in Mexico is the Mexican peso (MXN). While that shouldn’t be a surprise, what does confuse a lot of travelers coming from North America is that the peso uses the dollar sign ($). I know that when I was quoting $300 for this and $900 for that to my friends over email for the trip, a few of them had minor heart attacks. This also makes for fun jokes when people find your receipts when you get home. For the remainder of this article, I will reference all prices in MXN unless otherwise noted as the exchange rate is changing semi-rapidly in the USD’s favor. As of the writing of this article (March 2016), the exchange rate is about MXN$10 = USD$0.56.

You will not understand the sheer size of Mexico City until you break through the clouds on your approach into the airport. The city itself has a population of approximately 9 million, with a metropolitan area population around 21 million, making it roughly the same population as New York City. That being said, the city is enormous by area as well: the city covers nearly 600 square miles, making it nearly twice the land area of all five boroughs of New York City and ten times the area of Washington, DC. If you look into the distance from a good vantage point, there will be skyscrapers just barely still in view in distant parts of the city. It will take you about 45 minutes without traffic to get from downtown to the city limits on a major highway.

I live in the perpetual traffic jam that is DC, so I quote distances in time instead of miles. I don’t even know what a mile is other than it shouldn’t have taken me as long as it did to go that far.

Immigration and customs are usually a breeze and not too crowded [Editor’s note: Usually this is the case, but there also been cases where it get backup a lot. Be mindful of the variability of this when booking a connection in Mexico City. You have to go through immigration and customs even if you are connecting]. For immigration, the officer will stamp both your passport and your immigration papers. You will need to keep the immigration papers with you for when you leave, so don’t lose them (not sure what happens if you do). One note on customs is the baggage inspection system at customs: you will be asked to press a button before leaving the customs area. If the light goes green, you are free to leave; if the light goes red, you must step to the side to have your bags inspected. It seems to be completely random, so don’t worry if you get a red light.

There is an American Express Centurion Club in the international terminal beyond security, and an Aeromexico Club. The airport is very modern, and there are numerous shops and restaurants to browse while you wait both before and after security.

Note that when flying out, there is only one mediocre restaurant after security in the terminal, and there is supposedly also an American Express Centurion Club which appeared to be before security, but I did not visit it as we were running short on time. There appeared to be numerous restaurants and shops outside of security.

Flying in and out of TLC will normally save you USD$50 or so versus flying into MEX, but you will most likely have to connect, and the price for a driver to take you back to Mexico City will run about $1,000, so it’s only worth it if you travel in a group. On a related note, if you fly on Delta or Aeromexico via MTY back to North America, there is another American Express Centurion Club before security at MTY. Just ask the attendant at the American Express booth in the terminal to take you there, and he will escort you out through security and to the lounge. When you leave, there is a private security exit for American Express cardholders attached to the club where you can go back through security in about two minutes.

Mexico City is a lot safer than the news would lead you to believe. So long as you don’t stray into a bad part of town (which won’t be easy because they are so far away from anywhere you’d realistically be), you really don’t have much more to worry about than in any other large city. I personally have never witnessed any real crime while I have been in Mexico City. I think I saw a drug deal once in a park at night, and just about anyone near a road is probably committing a traffic violation of some sort, but that’s it.

Do not attempt to rent a car in Mexico City. It is too chaotic and dangerous, traffic laws are ambiguous or just willfully disregarded, traffic can be terrible, and anywhere outside the city center can be unsafe if you break down. Taxis and private drivers are plentiful and inexpensive, mass transit is crowded but safe, cheap, and easy, and most of the downtown area is very walkable.

If you are in the market for a driver, please contact me on social media. I have a driver I regularly use who is great, and I would be happy to forward you his information. I do not receive any benefit from this—he’s just a really nice guy and has helped me out a lot on my past trips and I want to return the favor.

UberX is available and extremely cheap ($6-8 for short trips). While many friends of mine that live in the city use UberX religiously, I have not personally used them, and when I tried to, the app was having trouble connecting. 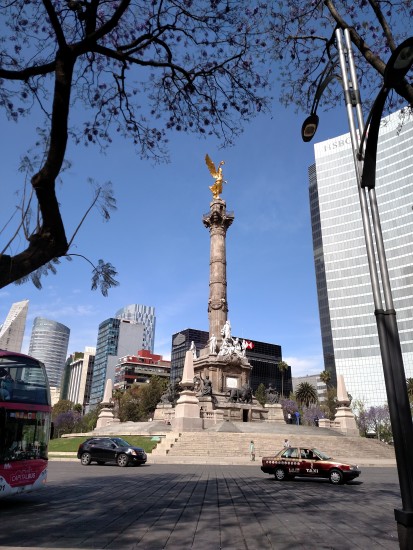 The city is not on a usable grid as the grid tends to change as you cross neighborhoods. Main roads in the downtown area are:

If you get lost, walk until you get to one of these roads.

I don’t do much shopping, but two things of interest that I found in Mexico City that are both inexpensive and traditional Mexican items are silver jewelery and tequila.

The food in Mexico City is amazing. From gourmet (relatively) expensive restaurants to the incredible amount and quality of cheap street food, you’re going to want to plan to eat a lot.

Strange as it may seem for how inland it is, seafood restaurants in Mexico City are both plentiful and very good.

There is also a drink called pulque, which is made from fermented maguey agave sap. It is usually mixed with some sort of fruit juice or puree to cut the yeasty flavor. Despite how weird it sounds, it’s actually pretty good—sort of like drinking an alcoholic smoothie—and although it is only about 5% ABV, it is sold in large quantities that go down easy.

Just one piece of advice for any of these places: go early. Mexico City is a crowded place, and many of these places get uncomfortably crowded after noon. Force yourself to get to these places by 10AM, and you’ll get the best experience. Our driver very nearly forced us to get up and out early for his benefit and ours, and I couldn’t have been happier. 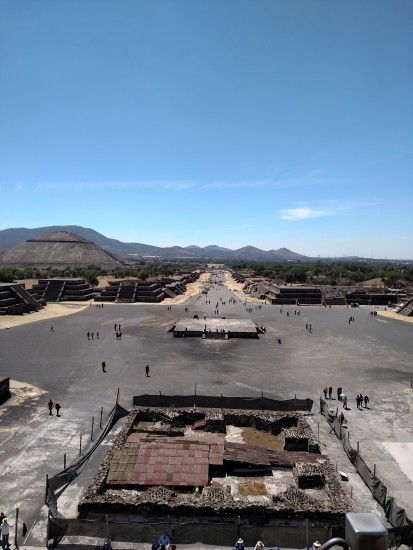 The Angel of Teotihuacan and the Pyramid of the Sun – Photo: (c) 2016 – Justin Crawford – All Right Reserved

There are many restaurants that ring the site on the access road (you will need to be driven), all are tourist traps, but most are pretty good. I recommend La Gruta near Puerta 5 because who doesn’t want to eat in a giant natural cave? 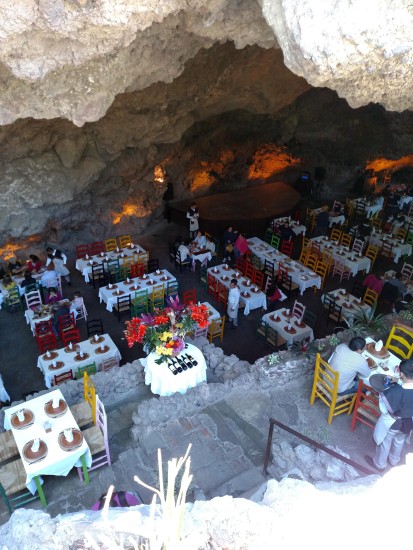 Most drivers or guides will suggest a stop at the Basílica de Nuestra Señora de Guadalupe on the way back since they are on the same (north) side of town. 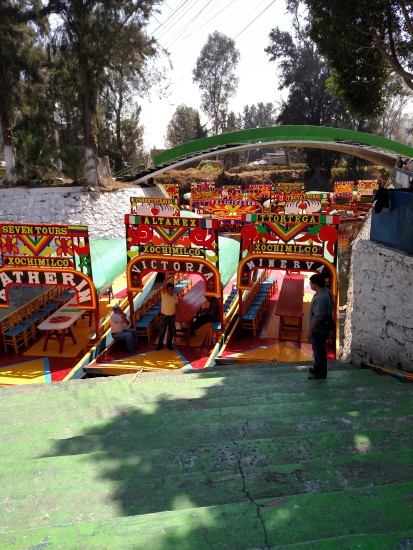 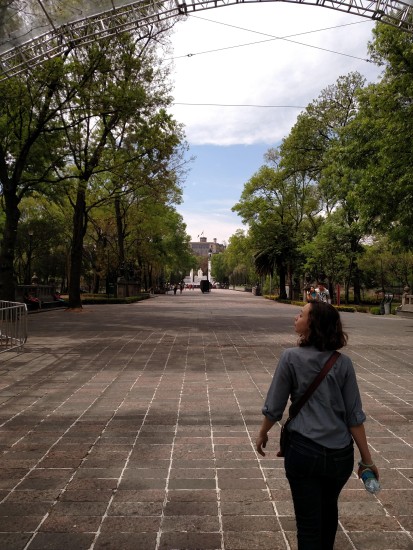 Justin Crawford travels when he can fit it into an otherwise busy schedule as an ice hockey referee in addition to a full-time job. He usually flies economy with his wife Michelle, and prefers short trips to big cities to long vacations at the beach. Feel free to follow him on Twitter or Facebook.