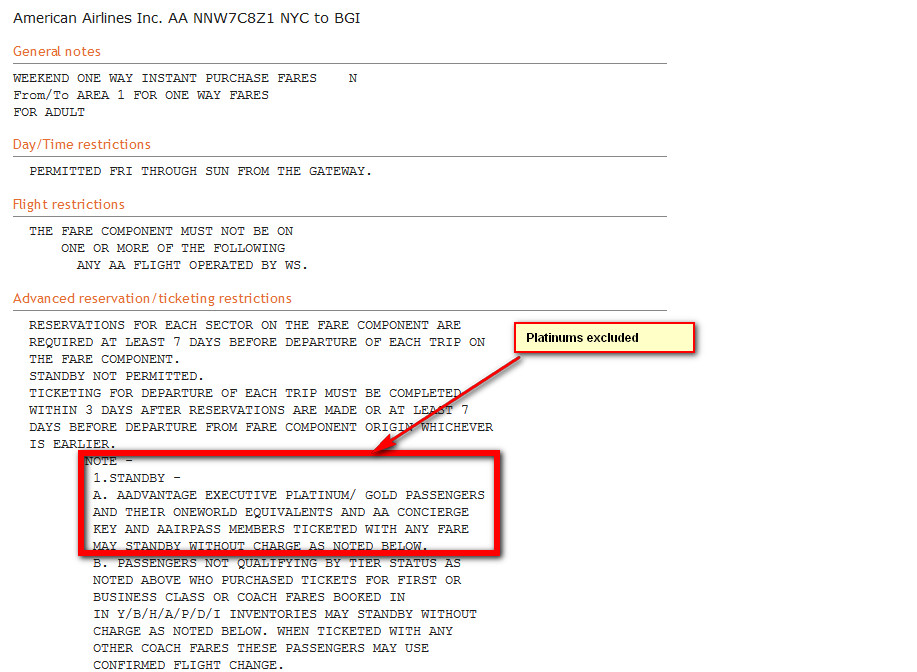 One of the many benefits that we enjoy as elite members of American AAdvantage program is the ability to standby for an earlier flight for free for domestic and Caribbean itineraries. It is a nice benefit when meetings finish early that you can try to take an earlier flight home.

One thing that we have been seeing the last few months with American’s Caribbean fares is the explicit exclusion of Platinum’s from same day standbys with their fare rules. 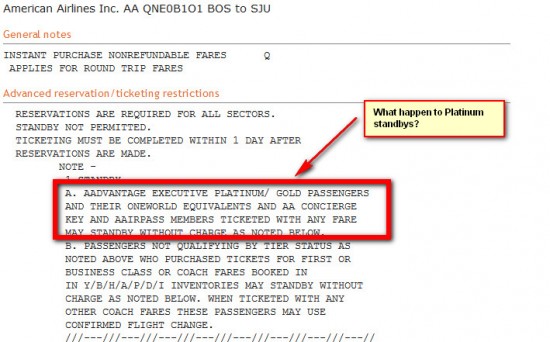 Noticed it’s just Executive Platinum / Gold Passengers for the Boston to San Juan itinerary who can standby. Platinums are explicitly excluded. Here’s one from New York – Barbados where standbys are just for Executive Platinum and Gold members.

In the last few months, we have gone through hundreds of fare rules from American for Caribbean travel. All of them have this same exclusion.

Here’s what a normal domestic fare rule looks like: 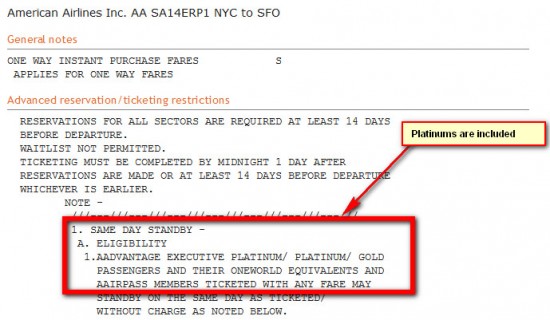 Notice that same day standby rules explicitly state that Executive Platinum, Platinum and Gold passengers can standby. While we have not seen or heard of any reports that Platinums have been denied standby benefits from/to the Caribbean, all it takes is one gate agent to read the fare rules while processing the standby requests and, if they follow the fare rules, the Platinum member would be denied the ability to standby.

One of the many reasons why many of us chase elite status is to have benefits like same day standby. While we are pretty sure this is a simple human error, fixing it would be nice to prevent potentially being denied published benefits for Platinum members.

Update with response from AAdvantage: 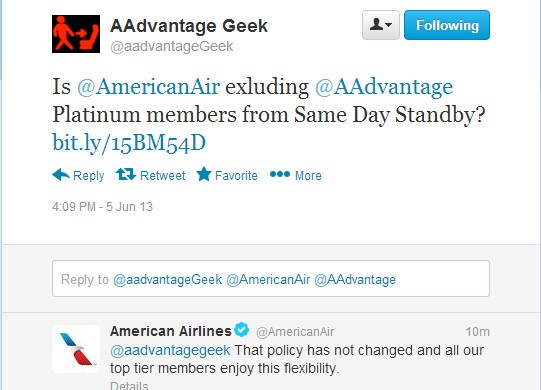 That’s great, but it still doesn’t explain why the Caribbean fare rules and domestic fare rules have different verbiage. So can you guys fix it for clarity sake?

Update 6/12/2013 – New Caribbean fares rules that we have been seeing this week. Platinums are included in the fare rules. No debate about the whether it was a forgotten slash on Executive Platinum. 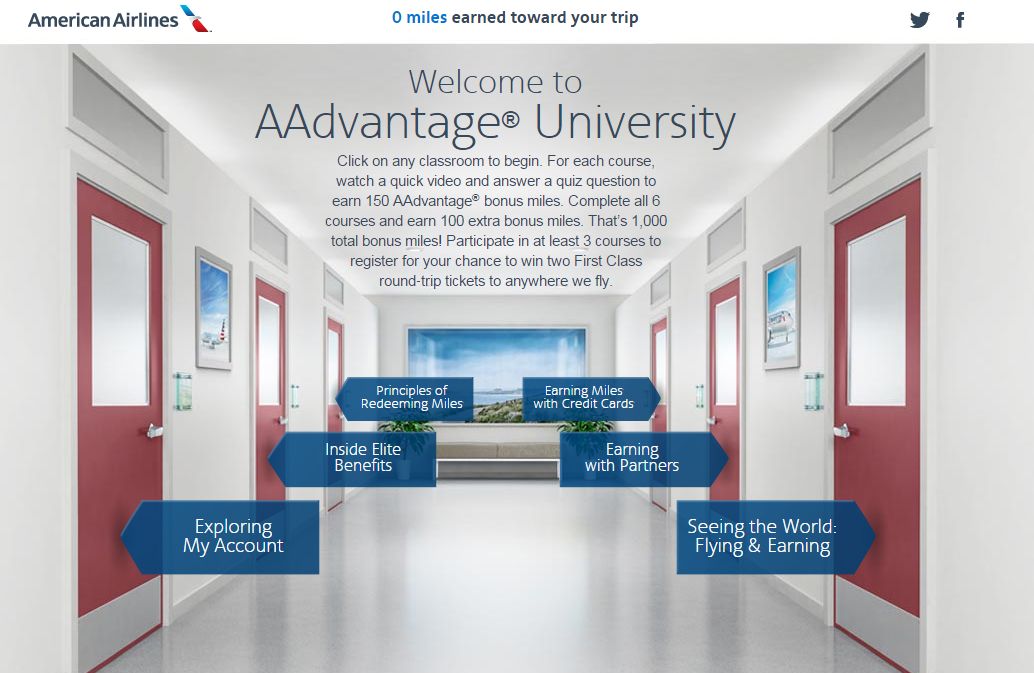