American Express is offering a 40% transfer bonus to British Airways. This is a nice bonus if you live in an American or Alaska Airlines hub. The reason? For nonstop flights under 650 miles, British Airways only charges 4,500 miles (or Avois, as they call them) for each way. 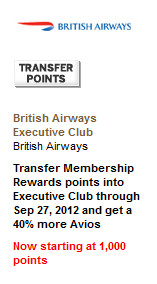 Example: you live in New York and want to fly to Montreal. That’s 4,500 miles each way, or 9,000 miles roundtrip, when redeeming with its partner American (when redeeming for a partner award such as American with British Airways miles, you do it on either BA.com or by calling British Airways). This is a significant mileage savings over redeeming American miles.  With American miles, it would take 12,500 miles each way or 25,000 miles roundtrip. Taxes for domestic redemptions (note that Canada, Mexico, and the Caribbean are considered domestic) are the same with either American or British Airways. The downside? British Airways is by segment. While a nonstop New York – Los Angeles award is 12,500 miles each way, it would be priced higher if you flew New York – Dallas – Los Angeles. For this reason alone, we only use it for nonstop flights.

If you aspire to travel to say South America or Asia, the taxes that British Airways charges are not that bad. Business Class with Cathay Pacific from the United States to Hong Kong is approximately $400 roundtrip and 100,000 Membership Rewards with this promotion (BA requires 140,000 miles for a roundtrip to Hong Kong–with this promotion, 100,000 Membership Rewards points = 140,000). It’s about $350 more than using American Airlines miles but also 5,000 miles less.

If you are going to South America, LAN and American are partners and do not charge significant taxes. Let say you want to go to Easter Island. If you did New York – Lima – Easter Island, it is 65,000 miles each way, or 130,000 British Airways miles, or 93,000 American Membership Reward Points. Taxes will be less than $100. That is significantly less than what American charges for miles for the same award travel.

Going to Europe and How to Save on Taxes

Transfer from American Express to British Airways is instant. The bonus miles are instantly posted too. If you have a reward in mind, check for availability first before transferring. We do not recommend using British Airways points for flights to Europe due to high taxes. If you want to go to Europe, create an Iberia Plus account and transfer the British Airways points to Iberia (they are part of the same company), and then redeem with Iberia for an Iberia operated flight into Madrid or Barcelona from the United States (read this great write up on the topic of using Iberia to avoid high taxes). You will pay significantly less taxes with this approach.

Share this...
By The Flight Deal
15% off Alitalia Bookings for travel from September 1st – November 30th.
JetBlue – Mystery Email Promotion. $20 – $300 Off Your Flight. 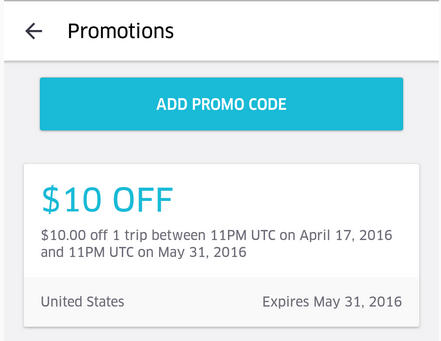