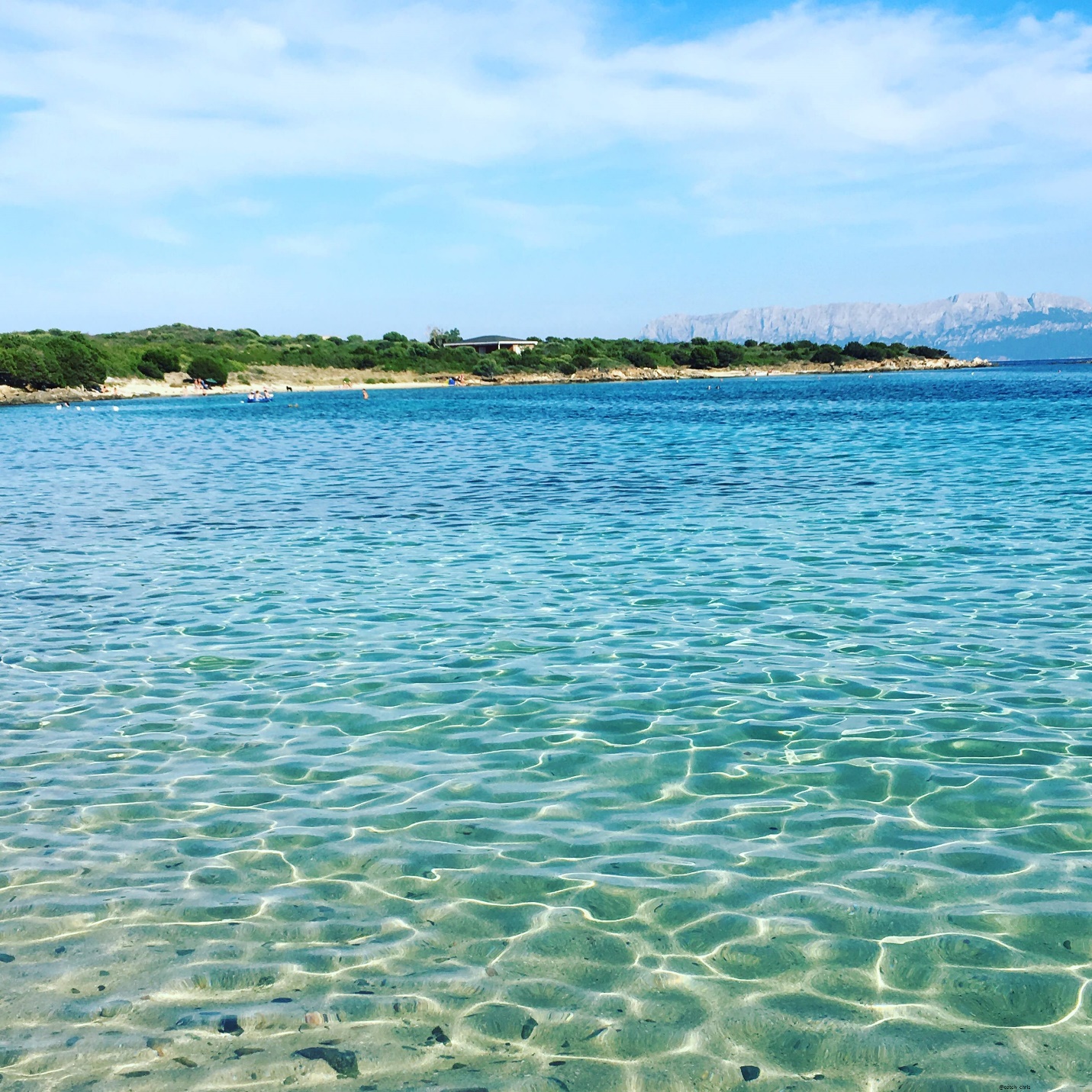 We love any and all islands in the Mediterranean. We haven’t been to Sardinia yet, just Sicily. We would like to make it there after seeing Christina’s picture of the pristine waters.

Christina, of the bog Catch Chris, who last wrote about Angkor Wat, Egypt, Moscow and Abu Dhabi, went recently. Here are some practical tips she picked up from her recent trip.

Sardinia is more than an island in the Tyrrhenian Sea, a body of water that, I learned during an informal poll, no one has heard of. So I opted to go with the easier and still correct Mediterranean Sea. The island is a little rocky jewel that is so much more than glorious advertising in the Italian airports. I visited over the Fourth of July as I felt the most patriotic thing I could do was reduce holiday traffic for my fellow Americans. While I was there, I lived the high life and absolutely pretended to be a considerably less highfalutin Grace Kelly. The Island of Longevity made me want to settle in and get comfortable.

Sardinia belongs to Italy, despite its incredible proximity to the south coast of Corsica, which is a French territory. It’s off the western coast of Italy, or an hour by plane from Rome. At only about 170 miles long, it has 3 airports that cover the north, west and south of the island and are accessible from the mainland as well as international locales. I flew into Olbia, the northern most airport. It’s small, quaint and pleasant, and I didn’t have to go through customs because I had done it at Fiumicino in Rome. But you need a passport to get in as it is part of Italy. No other visas are required from the U.S. (Editor’s Note: Air Italy is a British Airways partner and you can fly from either Milan or Rome to Olbia for 4,500 British Airways Avios each way; depending on the season, fuel surcharge is approximately between €30 to €80 plus taxes. Cash tickets outside of the peak Summer months are cheap-ish should you want to make a trip that includes both Sardinia and Rome or Milan).

Sardinia doesn’t have much in the way of public transportation due to the simple fact the island isn’t hugely populated. Not only that, the terrain can be treacherous at points so a transportation system just doesn’t make sense. It’s best to rent a car, which I did, and it was an excellent choice. Parking at my hotel was free, allowing me the freedom to zip in and out of all the nooks and crannies on the island. I could visit the upland sheep or slide down the mountains to the beach. There are a few agencies available at the airport but you need to be careful: the agency I used said I damaged the lock on the passenger side door and charged me $165 months later for the repair. Spoiler alert: I never used the passenger door and this was a complete fabrication. Try to return the car during regular business hours to ensure you get the form that says the car was returned in one working piece, and use Avis or another global agency versus one that is exclusive to Italy or Europe.

The island doesn’t have Uber and I saw maybe 3 cabs total (and that was at the airport). The point is, rent the car. The roads were beautiful, well kept, and there were no stop lights except near the airport. I hit no traffic ever and got to see vistas and views that no bus could ever offer me. Parking was plentiful, even at the beaches. Places that had meters (they were occasional) worked with Euros or, mercifully, credit cards. It was not any more complicated in Sardinia than any place with parking meters.

When getting gas, the stations accept almost all credit cards, except for American Express, depending on location. The pumps look like they will take your card, but often, they won’t – local gas cards only. Go inside to the counter and tell them you want to fill the car, and they will charge your card there, turning the pump on. Then you can proceed to pump your own gas. You can do the same with cash but I prefer to pay with card any chance I get.

On the road, Sardinia, Italy- Photo: (c) 2018 – Christina Schillizzi of The Monmouth Mouth

I went to Sardinia in July with every intention to explore and tan and eat, of course. But once I saw the white sand beaches that felt like powdered sugar and the clear water that gave way to shades of turquoise and cerulean, I was absolutely seduced. I suspected it would be beautiful but this was even beyond my imagination.

I saw diamonds reflecting off the surface of the water with limestone cliffs in the background. The water was warm and refreshing at the same time, and was not really all that deep. I had to swim way out to find myself with water up to my neck. This beach was the most amazing beach I have ever been on. I spent the day there through lunch, to dinner, beyond dessert, and still straight throughout the evening. In fact, I was confused by the time as people never really seemed to leave, the crowd never ebbed and flowed with the hours in the day

The point is this: the whole island is full of spectacular beaches. If you go when it’s warm, make it a point to visit one. Or twelve.

Sardinia’s location means its history is diverse and unique, and offers lots of interesting opportunities to see some history. This island boasts influences from Italy, France, Spain, as well as northern Africa and other cultures that have passed through and made the island home over the centuries. As a result, you can find traces of those cultures depending on where you look.

Wars were fought, travelers sought refuge, cultures came and went. There are churches, amphitheaters, castles, and various other ruins that represent Sardinia’s colorful past from north to south. Art is everywhere, dating back even to the Middle Ages. There is a ton of history; it’s hard to believe that it’s all jammed on a tiny rock.

Olbia itself has some Roman ruins, though to be fair, they do not compare to Rome proper. Cagliari in the south has more to see as far as historical sites, so I would recommend visiting there if you want to see towers, churches, and castles.

F is for Fatty

I would argue that 50% of the reason to go to Italy is to eat. I would also win this argument. Sardinia is as much a food destination as anywhere else. Each region has its own specialty that is no doubt a result of the visitors from years past and the current landscape.

I am a sucker for pasta any day of the week, all meals of the day. But the thing not to be missed is the seafood. You can’t NOT have seafood while on this glorious island. From the clams to the squid, there is no such thing as a bad meal.

But there is one thing that Sardinia is known for and it’s probably an easy guess: sardines. They were on most menus, but were also plentiful in the grocery store. It’s a must-try if you come across them. This goes for bottarga too: cured, salted roe, most often from mullet or tuna, used as a garnish on your spaghetti, not unlike truffles.

For those who prefer their meals come from the land, Sardinia is also famous for lamb and suckling pig roasted over an open fire. Don’t neglect the selection of charcuterie, as well as cheese, that make this island so special at every meal. 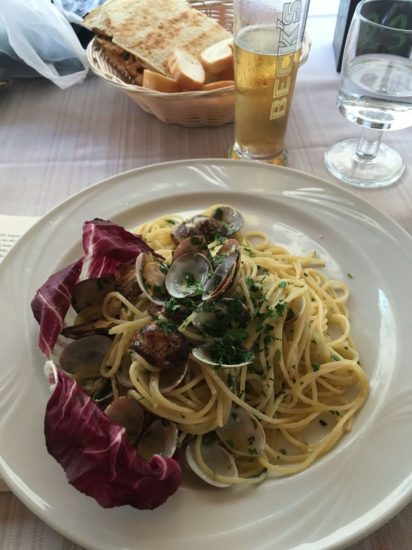 There is simply no way you can go wrong dining on Sardinia. 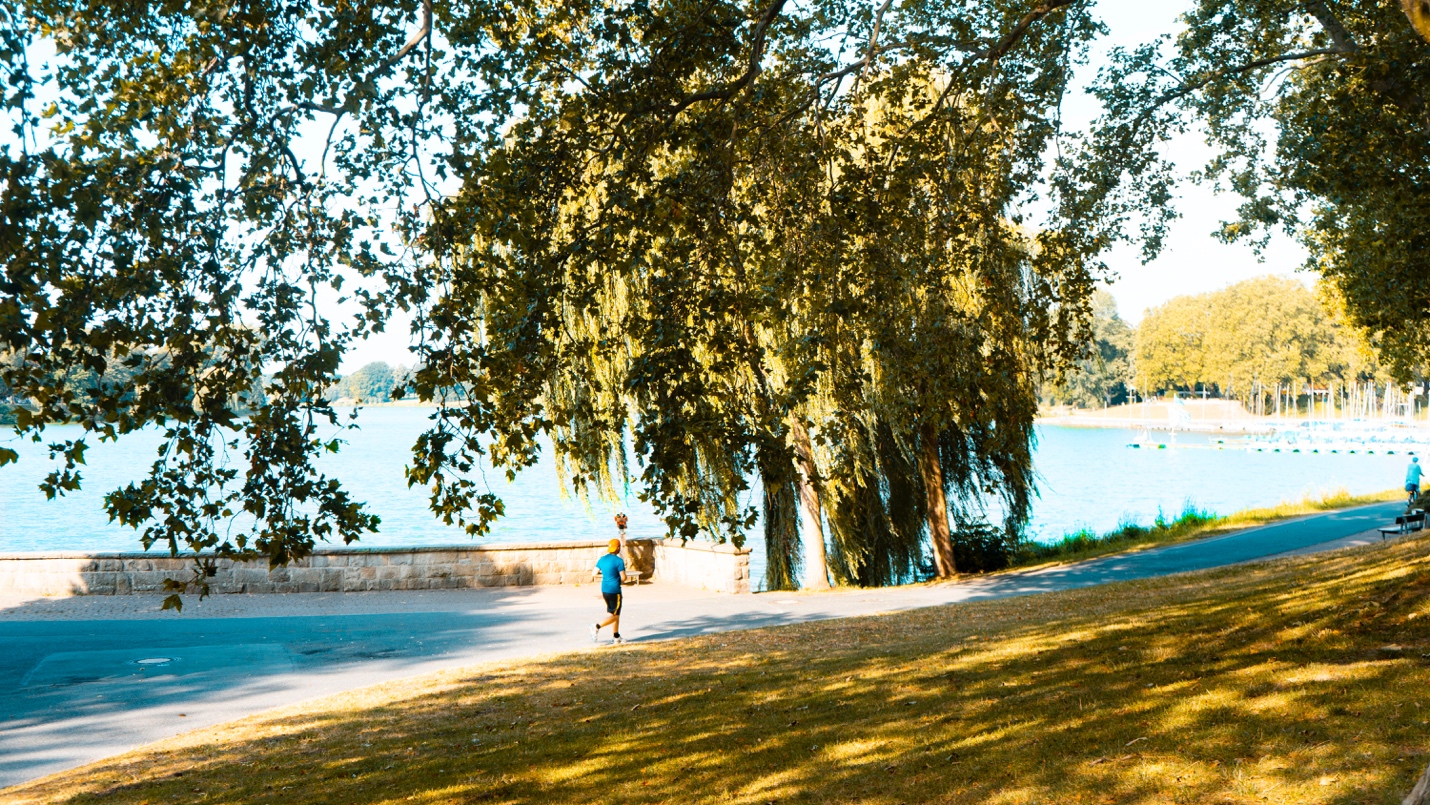