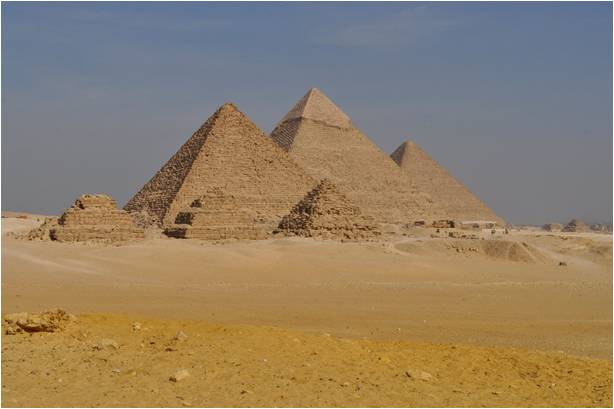 Visiting Egypt is on our bucket list, a place that hopefully we can visit soon.

Christina, of the bog Catch Chris, who last wrote about Moscow and Abu Dhabi, went recently. Here are some practical tips she picked up from her trip.

Oh, Cairo. A city that can easily be described as someone’s personal hell or another’s total daydream. Yes, it has its issues, like probable terrorism, potential uprisings, a wholly unstable government rife with corruption, and laws that date back to biblical times. So what! Where’s your sense of adventure?

It also holds some of the planet’s greatest secrets and it’s all too easy to leave with more questions than answers. Pyramids! Artifacts! King Tut! Real mummies! Religious origins! Who would want to miss out on all of these amazing experiences?!

I’ve visited Egypt twice now, both for longish weekends or just a few days and left satisfied and fulfilled with everything I did. Pack your patience and sense of wonder, and you are good to go.

Look, the airport upon arrival is a mess. There’s no way around it. You will see some security but mostly you will be swept up in a wave of people coming off several planes, moving in herds down hallways. The one thing to know is this:  NO ONE CARES. No one cares if you are standing there, literally standing there, taking up your rightful place in the universe. Men and women alike will walk all over you, push you, cut you in line and generally pretend you do not exist – IF you let them. Stand your ground, use those elbows to reclaim your personal space, and continue to walk with purpose. It’s not unlike the Manhattan subway at rush hour.

You need a visa upon entry, which is easily purchased for $25 USD at either the visa-identified window or a local bank, depending on your area of entry. You can pay in US dollars and request change in USD as well. You may find that some banks will give you a hard time and will claim they don’t have USD, but they do. Either push for it or move to the next window. I found the gentleman who helped me to be incredibly kind and offered me cash back in US dollars without my asking. The Egyptian visa is a sticker that takes up a whole page in the passport. You can put it in yourself or wait until the customs window.

The next window is comprised of a series of lines longer than the room they are in, unorganized, snaking, with the intent to get you to the kiosk for your stamp. Fill out the immigration card, which doesn’t allow room for handwriting and asks for seemingly duplicate information. Once you get there, you can proceed to baggage claim (why are you checking bags?) or the exit into the blazing Egyptian sun. Be prepared to show your passport and visa again at the final security check. 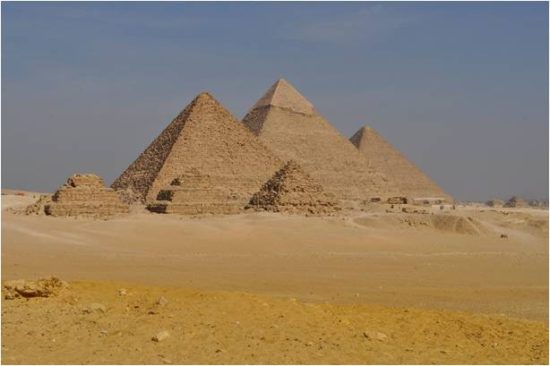 Worth the aggravation – Photo: (c) 2017 – Christina Schillizzi of The Monmouth Mouth

My best bet for getting around and into all the hot spots was through a tour company. I found one via internet research that was incredibly affordable and super accommodating. I paid under $100 per day, inclusive of everything! They even handled my airport transfers, making it easy for me to find them in the crowd outside the airport arrivals area.

I secured a private tour that was just myself, a driver, and tour guide. I was in a large van with tons of room to spread out and therefore able to bring all my cameras and necessities for the day. I customized my trip so I did only what I wanted to do. And nothing was impossible – anywhere I wanted to go was on the agenda. Using the tour company and guide gave me the most immersive experience I could have had. I brought lots of questions about everything, from Giza to the government and general life, all of which my guide was too happy to discuss.

The tour company afforded me the ability to not have to struggle with language or buy my own admission tickets or take overcrowded tiny vans they use as cabs. I felt secure and comfortable the entire time. It is absolutely the best way to get around and discover, especially when traveling alone. 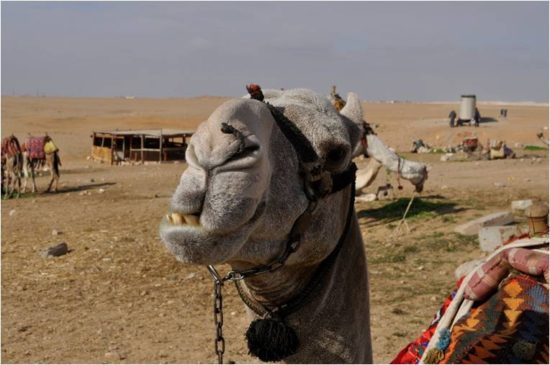 He laughs at his own jokes. – Photo: (c) 2017 – Christina Schillizzi of The Monmouth Mouth

Between the (No) Lines

Commuting in Cairo as a tourist or human without wings is virtually impossible. The taxis I saw most frequently were tiny passenger vans, like the Volkswagens from the 70s that uncomfortably seat 10? 15? people. Maybe 20 if you double up on laps. They stop wherever you hail them, even the side of a busy highway and pay based on distance travelled. The negotiation process is anyone’s guess. Much of this appears arbitrary and only for those in the know. I decided that if I couldn’t walk to where I wanted to go after the tour was complete, then I probably didn’t need to go, which ended up being fine because by the time I got back to my hotel, I was exhausted anyway.

There are standard yellow and white taxis, which can be hailed but again require a negotiation process to some degree based on distance, location, and so on. Tourists tend to try to negotiate this before getting the car, but you’ll still likely feel that you’re paying for that ride via cattle auction. But if there’s anything that instills fear in a cab driver, it’s the tourist police. If you decide that something is truly amiss, get out. Barring that, tell them you’re calling the tourist police. Works every time.

It is helpful to find a fare estimator online or ask the hotel to quote an accurate and reasonable taxi fare to your destination. It will arm you with the correct information and prevent you from feeling like the ride is a con job.

The other option is the metro, which has two lines with a few stops. It is considered fast, safe, and probably much easier (but nowhere near as fun) though it won’t leave you with a story to tell.

The best part of commuting in Cairo is the actual infrastructure — or lack thereof. While I did see a few street lights, they appeared to be merely decoration. There are no lines on the street to help define the luxuries we are used to, like the direction in which cars travel. I found that traffic was constant gridlock, no matter where or which hour of the day. From the 22nd floor of my hotel, I could hear the cacophony of horns at all times without exception.

Cars that required to merge resembled salmon swimming upstream. Locals seem to regard things like said street lights and stop signs as trivial pursuits, merely a fool’s game. When an opening in the road became apparent, I hurtled through it like I was being sucked into the future.

My favorite part, however, wasn’t people crossing 5 lane highways or being so close to the car next to me that I could see the time on the driver’s watch. It was sharing the road with animals. Horse drawn carts or the occasional donkey, with a smoker on the back for bread or corn. Cairo does one thing right: sharing the road. 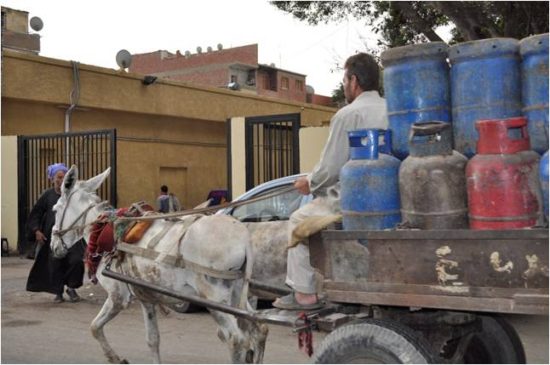 The pyramids are arguably the predominant reason for visiting Cairo and should not be skipped for any reason. Part of the ambiance of the area are the camels available for rides and the gentlemen who own and sell their services. However, they do try to charm and swindle visitors to the pyramids in some seemingly innocent ways.

If a man on a camel says he will show you the tricks the camel can do, just smile and keep walking. If you engage but don’t tip him for his magic tricks, you risk an argument or flat out fight for wasting his time.

Some people will follow you around the pyramid trying to sell you postcards, resin casts of the pyramids, heads of kings, whatever. Tell them ‘no’ politely but firmly. No need to run from them — just keep doing whatever it was you were doing.

Having a tour guide here really helped as he fended off sellers before they got to close to me, and they argued in Arabic. Another benefit is that the guides can tell you what to expect and how to behave so that when and if you are approached, you already know what to do. There is no reason to worry, no one is going to hurt you. It is more of an annoyance than anything. 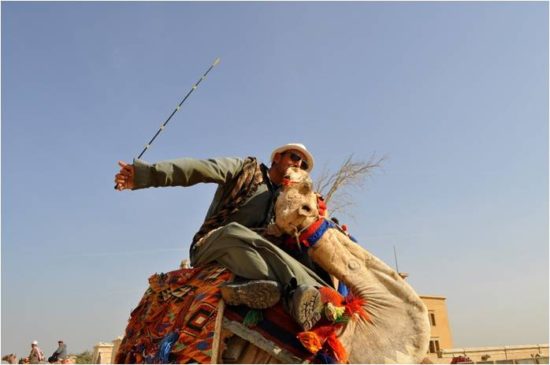 This kind of innocent silliness will get you in an argument! – Photo: (c) 2017 – Christina Schillizzi of The Monmouth Mouth

Don’t drink the water. No, really, don’t. It was recommended to me not to drink the water, not even to brush your teeth, as it may upset my stomach. While it’s not inherently dirty or poisonous, it is not the same as whatever you drink at home and can cause illness. Bottled water is offered everywhere and cheap, and often provided by the hotel each day. Evian was most prevalent and while I felt both foolish and elegant brushing my teeth with it, it was better than dysentery in the desert. 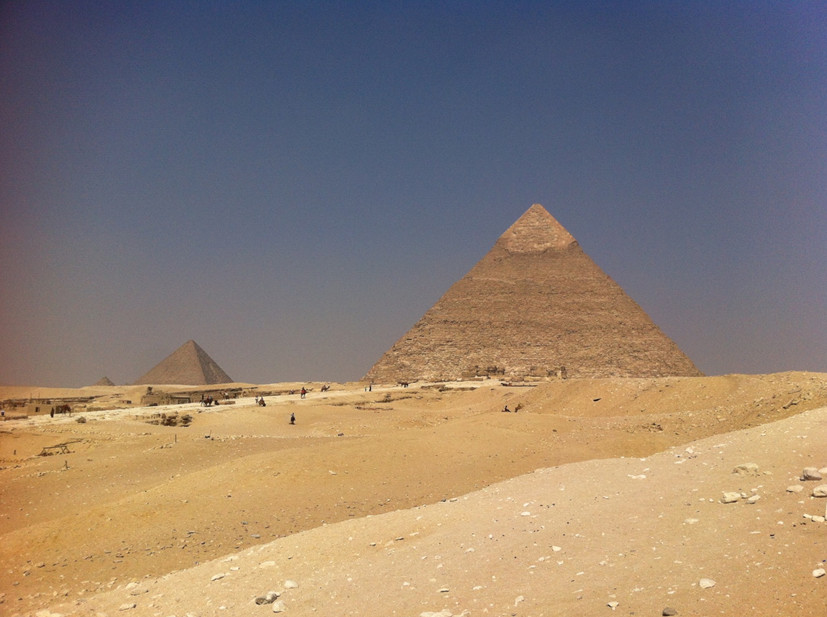 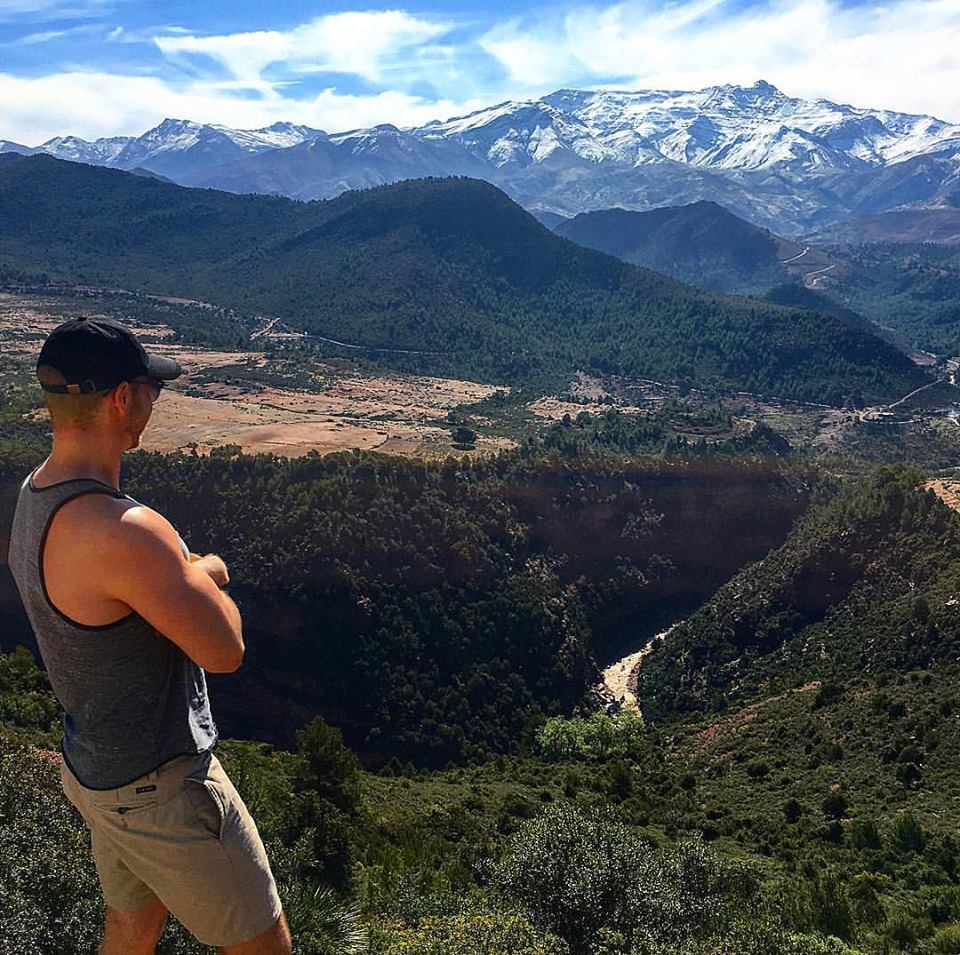