When people think about visiting California, the first three cities that probably comes to mind are Los Angeles, San Francisco and San Diego. But Sacramento is worth a look.

Steven Maviglio, who last wrote about Puglia is back with his tips about Sacramento.

Among California destinations, Sacramento has long been eclipsed by its more famous Golden State rivals of San Francisco, Los Angeles and San Diego. But the once sleepy state capital suddenly is making its move as a destination city. Benefiting from a creative spillover from the congested and expensive Bay Area, Sacramento is experiencing a restaurant and entertainment boom that’s an added benefit to the city’s storied historic sites. The city has been branded the state’s “Farm to Fork Capital” and boasts a reinvigorated downtown core . Sacramento is also a 1.5 hour drive from majestic Lake Tahoe, the wine country regions of Napa and Sonoma, and San Francisco itself via AMTRAK, MegaBus and FlixBus, all of which provide extensive service between the two cities.

Sacramento International Airport is a smart alternative to busy the busy Bay Area airports in San Francisco and Oakland. SMF added a $1 billion modern Terminal B in 2011 and has upgraded its Terminal A. The airport is now served by 13 airlines (Contour, Sun Country and Spirit added flights this year). Southwest dominates the schedules (including a new nonstop to Hawaii), with a few nonstops to/from the East Coast from United and JetBlue. Aeromexico and Volaris have international nonstops to Guadalajara. There’s new public bus transit from SMF to downtown beginning in January (Super Shuttle just announced its ending its service here). Taxis and ride shares can get you to the city center in about 20 minutes. Once there, light rail and bus services offered by Regional Transit provides local service. And since the city is as flat as a pancake and easy to navigate (downtown streets are on a grid), it’s no surprise this is one of the few cities where Uber’s powered Jump bikes outperform its automobile ride sharing services. The AMTRAK station, built in 1926, recently was restored to its original grandeur and provides connections to trains that connect the Bay Area, nearby Davis and other points in the state.

Being the state capital, the city has its fair share of accommodations in all budget ranges. Opened last year adjacent to the city’s solar-powered Golden1 Center (home of the NBA Kings), the sleek Kimpton Sawyer Hotel puts you in the center of the walkable downtown. A few blocks closer to the state Capitol, The Citizen (recently acquired by the Marriott’s Autograph Collection) has a political theme featuring the city’s past in all of its public spaces. Even closer are the Hyatt (where once-governor Arnold Schwarzenegger had a suite) and the Sheraton. There also are some charming bed and breakfasts. The city is AirBnB friendly.

Labeled by TIME magazine, as “the most diverse city in America,” Sacramento has a wide range of ethnic restaurants as well as those that specialize in California fare utilizing ingredients from local farms. A recent write-up in Eater lists local favorites. If you’re doing your own cooking or want a quick to-go lunch, check out the Sacramento Natural Foods Coop, the largest grocery cooperative in the nation that features an all-organic produce department, locally-raised meats and dozens of local products unavailable elsewhere. Farmers markets dot the community, including a massive Sunday market under the freeway. Originally a major source of hops for gold miners, the city also is home to three small independent coffee chains that have snared international prizes: Temple, Chocolate Fish and Pachamama roasters. The city’s beer scene also is on the upswing; don’t be surprised to run into beer bikes that cruise the streets of Midtown and stop at small brewers like Urban Roots, New Helvetica, and Bikedog. No wonder that a new “Local Roots” Sacramento food tour recently launched for tourists and locals alike.

There’s no shortage of historical and political attractions in the city, beginning with the State Capitol itself. The legislature meets in chambers that were refurbished to look like they were when the state joined the union. In 2020, you can see them at work through August. There’s free admission to the public galleries, as well as the museum and tours that tell the story of the state’s early government.

The park that surrounds the building is Sacramento’s version of New York’s Central Park. Hundreds of varieties of flowers and plants — from coastal redwoods to the 153 varieties of roses in the World Peace Garden — make it popular among joggers and lunchtime walkers. Keep an eye out for unusual varieties of camellias (there are more than 800 in the park) and trees like cork oaks and ginkos. Sacramento is known as “The Camellia City” as well as “The City of Trees.”

Relatively close by the downtown core is “Old Sacramento.” This part of town features the original Gold Rush buildings along the confluence of the city’s two rivers (boat tours are a refreshing way to beat the heat). It’s a little kitschy for some but features the California Railroad Museum, fun for kids and former kids alike. In walking distance is the Crocker Museum, which features an outstanding collection of western art.

For wine drinkers, there are dozens of vineyards within an hours drive that offer the quality of Napa and Sonoma minus the snobbery, traffic and high prices. The nearby hills of Amador County produce hearty reds and whites. The Lodi area, just south of the city, is a major producer of zinfandels and Italian varieties. Tastings are free in many of the informal tasting rooms.

Bicyclists will appreciate the American River Bicycle Trail. It winds its way car-free for 32 miles from downtown to Folsom Lake. No need to pack Spandex shorts; there’s virtually no hills, as the trail parallels the shores of the river. White water rafting on the river also is popular in summer.

Movie buffs will remember the city was the backdrop to the 2017 hit film “Ladybird.” The “Fabulous Forties” neighborhood (about 10 blocks just east of downtown) was featured in the film. The wide streets are walkable, and draw thousands for Halloween and holiday decorations.

Stick downtown to see dozens of murals painted by artists from around the world, the result of the Wide Open Walls project.

Sacramento gets close to 270 days of sun per year, and has a seasonal climate. It rarely gets below freezing in winter. Avoid July and August except if you’re headed for the nearby Sierra mountains; it’s not uncommon for week long stretches of 100 F degrees (locals joke that “But it’s a dry heat”). Shoulder seasons are best for touring and avoiding summer crowds at the local parks and attractions.

Steven Maviglio is a Sacramento, California-based political consultant whose family dates to generations of olive oil producers in Monopoli, Puglia. When not working on campaigns and legislative issues, he vacations at the family home and discovering new charms of the region, particularly local foods and wines. Follow him on Twitter and Instagram.

By The Flight Deal
Practical Travel Tips: Holidays in the Lowcountry 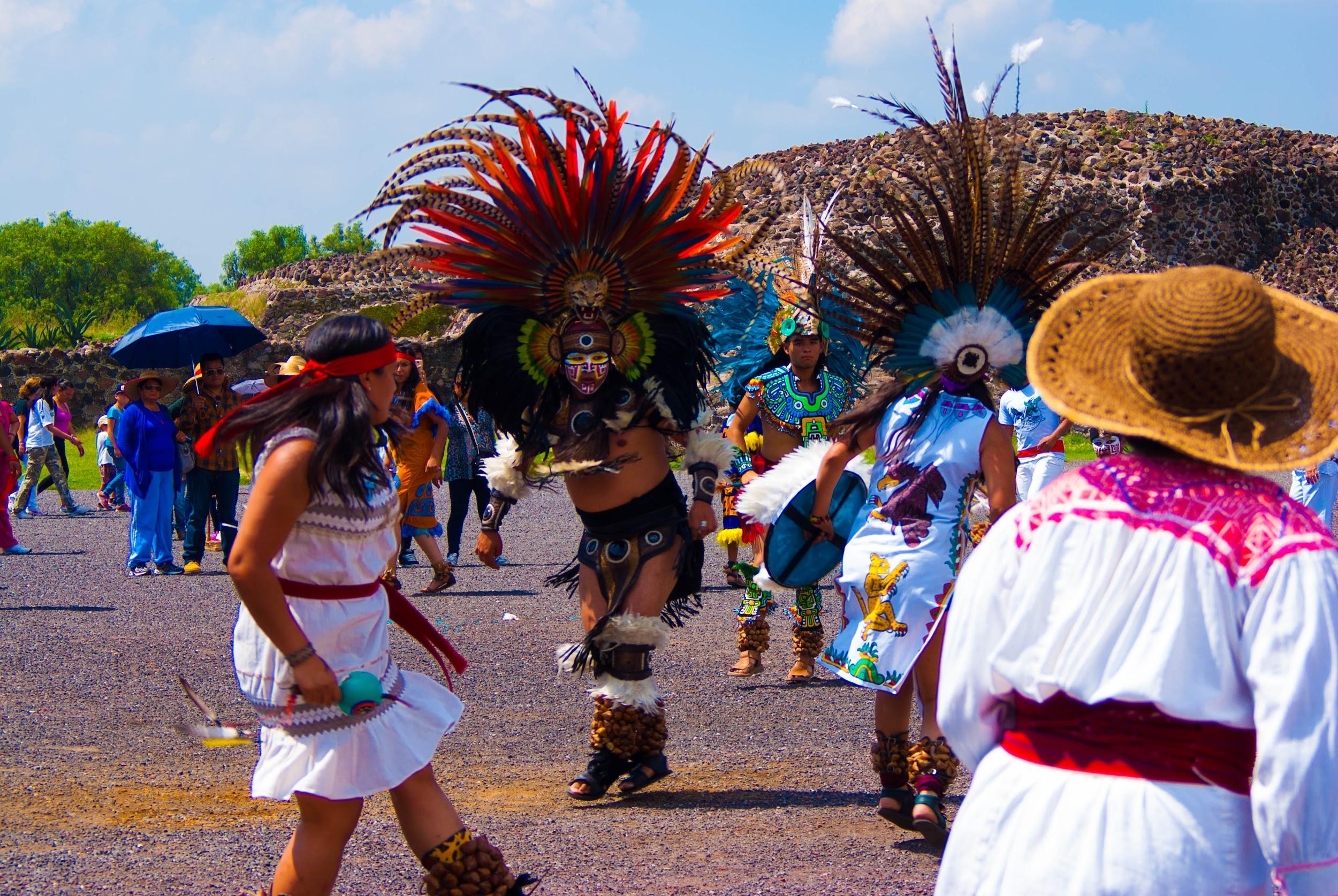 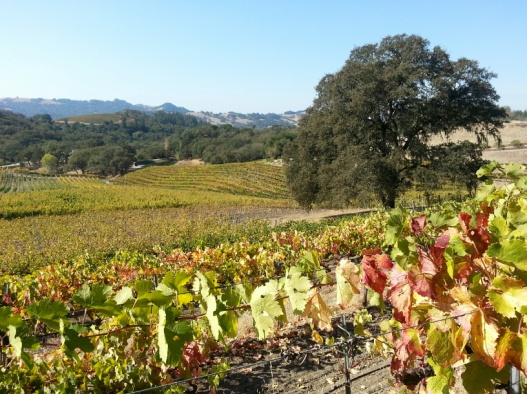