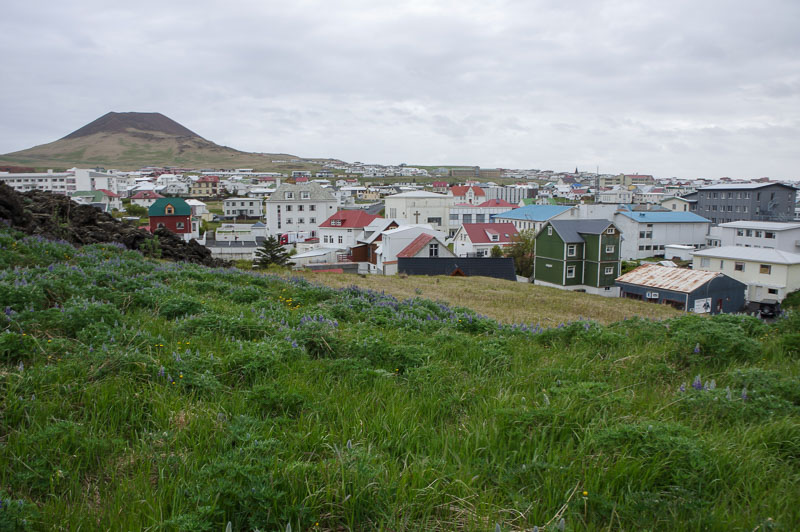 Iceland has become a major tourist destination; there are over 1.5 million tourists visiting Iceland every year (and rising). That’s amazing for a country with a population of about 320,000.

We spent the summer in Iceland, and realized that very few of these tourists make it to the Westman Islands, a small inhabited island a few miles off of Iceland’s south coast. (The island is actually called Heimaey, and it’s just one of the islands that makes up the Westman Islands archipelago. But people use “Heimaey” and “Westman Islands” interchangeably.) About 4,000 people live on Heimaey.

One very good reason why few people visit is because they simply can’t.  The only ways on and off the island are a 35-minute ferry ride, which runs up to 5 times a day, and a couple of airlines that fly very short flights in very small airplanes. The bottom line: fewer than 2,000 people per day can get to/from Heimaey. Almost of all of those people travel by ferry, and many of those spots are taken by locals.

This is a significant diversion from an Iceland adventure, and one you need to plan for. So why bother? Well, if you only have a few days in Iceland, you may not. This will take most of a day, or an overnight trip. But in exchange, you get a walkable and much less crowded part of Iceland with some amazing recent history involving a dramatic volcanic eruption. 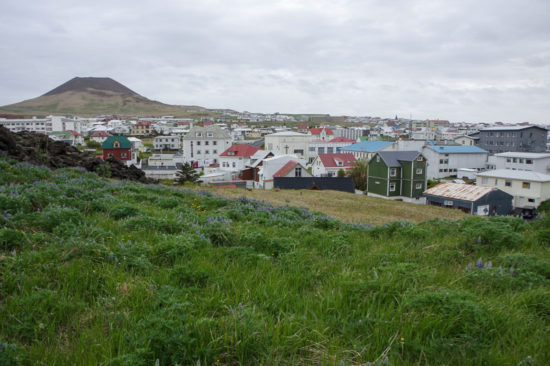 Iceland was formed by volcanoes.  And as Icelanders tell the story of their country’s history, volcanic eruptions are the guideposts that help you know where you are in time. There’s the eruption around 871 (plus or minus 2), called the “Settlement Eruption”, which defines the start of the Viking settlement period in Iceland. There’s the Laki eruption of 1783 that produced so many gases that it lowered the temperature in England by almost 4 degrees Fahrenheit; many historians think the difficult conditions of that winter led to the French Revolution. There’s the Katla eruption in 1918, which added about 3 MILES of coastline to the southern part of the county. And, more recently, there’s Eyjafjallajökull; that eruption in 2010 caused the cancellation of over 100,000 flights across Europe.

But all of this feels like ancient history, except for Eyjafjallajökull. Icelanders are smugly proud of that eruption’s impact on continental Europe, but for the most part it feels like entertainment. If you want to feel the impact, to really feel the power volcanoes have had in shaping this country, you need to go to the Westman Islands.

On January 23, 1973, a volcano you’ve probably never heard of, Eldfell, erupted on Heimaey. Eldfell was considered a dormant volcano until the moment that it wasn’t.

At the beginning of the eruption, 3,500 cubic feet of lava and ash came out of Eldfell every SECOND.   The island was quickly evacuated; by a stroke of luck, poor weather had caused the entire fishing fleet to stay in port, and these boats were used to evacuate residents to the mainland of Iceland. No one was killed. 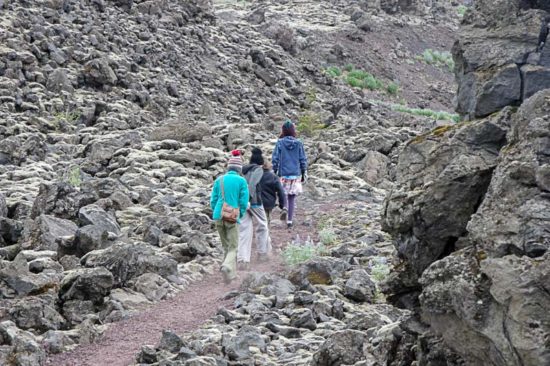 Today, the lava has (mostly) cooled, and there are beautiful hiking trails carved atop this volcanic rock. But you’ll feel the power of that volcano when a signpost tells you there is a house buried 35 feet below your feet.

You can (and should) also head to the Volcano Museum.  The creators of the museum dug out one of the buried houses, and put a museum structure around it. Remember that this house was buried in 1973– some of the people in town were friends with the people who used to live in this house. 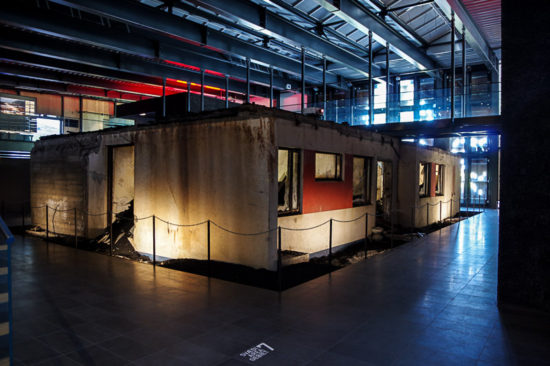 The museum just opened in 2014, and the technology is stellar. Wait a few seconds, and the audio guide (included with admission) will figure out your exact location in the museum as you walk; you will automatically hear an audio segment for whatever you’re standing in front of.

But life marches on, and not everything on island is about the Eldfell eruption. You’ll also find a quaint aquarium, whose undisputed highlight is the puffin who wanders around like he owns the place. 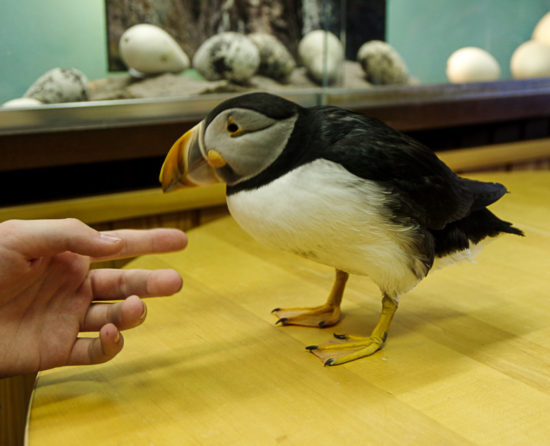 You’ll also find a room with a small live aquarium, and a room full of stuffed birds and other wildlife.

Most Icelandic towns seem to have their own folk museum, and Heimaey is no exception. One highlight of the Sagnheimar Folk Museum is information about rescuing baby puffins, or pufflings.

Once the pufflings are big enough to fly from the nest, they have an instinct to head toward light (the moon, I think?) to get to the ocean. But the lights of civilization confuse them, and they end up lost and lonely on land.

The children of Heimaey get to stay up late during this season, typically in September. They find the lost baby birds, keep them in boxes overnight, and then release them near the ocean the next morning.  (You can see more about this, and some pictures, in our article about rescuing baby pufflings.)

The aquarium weighs and counts all of the pufflings. In fact, the puffin who lives in the aquarium was brought there as an injured puffling!

Of course, you’ll also find an exhibit about that volcano eruption …

A couple of boat tour companies can take you to see some of the fascinating rock formations on the island. My favorite: elephant rock. 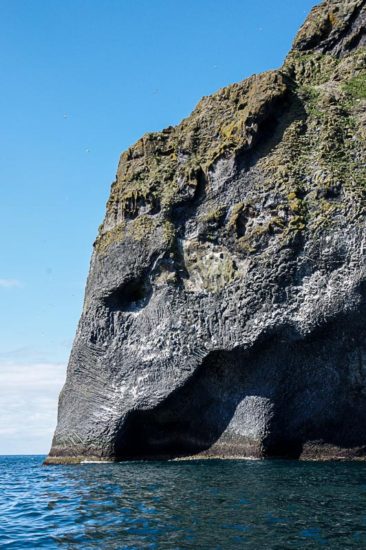 I opted for the more raucous, almost party-like atmosphere of the RIB boat with the company RIBsafari. These are small maneuverable boats that go fast just for the fun of it.

If that isn’t your speed (hah), you can opt for a more traditional boat tour with Viking Tours.

You can cover a lot of the island during a 2 hour bus tour with Eyja tours. This is a family-run company that only operates a small bus, which I think provides a much better experience than a tour on a full-sized bus.

You’ll see that elephant rock from the shore. You’ll visit the aquarium and meet the puffin. Apparently, the puffin is a huge fan of the owner of Eyja tours (who doubles as your tour guide). The owner can put his hat on you, and the puffin will sit on the hat on your head.

You’ll also head to the center of the Eldfell volcano. And you’ll see a bird cliff, where the owner will give a live demonstration of cliff swinging from a rope, a skill that is sometimes still used to gather bird eggs.

With our kids, we opted for the less flashy but still delicious Fiskibarinn, which prepares fresh fish just brought in to the port a couple of blocks away.

But there also are some fine dining options that soar well beyond the size of this little island. You’ll find some top tier dining experiences at restaurants such as Gott or Slippurinn.

Slippurinn in particular is developing a reputation as one of the best restaurants in Iceland, and certainly one of the most interesting. It’s only open from May through August, and the owner goes out every day to forage for wild herbs and seaweeds.

If you are looking to save money and/or time, Heimaey also has locations of two of the best supermarket chains in Iceland: Bonus and Kronan.

I think the Westman Islands is worth the effort and time out of your schedule, but there are some things to keep in mind: 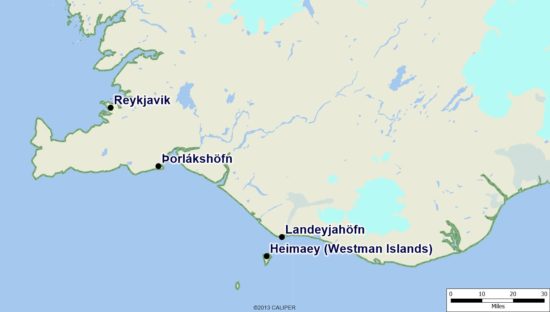 Over the winter of 2015-2016, the port at Landeyjahöfn closed on December 8th and reopened on April 15th.

The company that runs the ferry is called Herjólfur. They do a nice job updating their Facebook page with the ferry schedule and information about which port is operational. Be sure to monitor the Herjólfur Facebook Page.

Make sure your latitude and longitude are set to 63.5 and -20 respectively. You’ll get a graph that shows the wave forecast. If you see a spike up to 3 or 4 meters, you’re at risk of ending up on the longer ferry ride.

The Westman Islands are a fantastic experience. Remember the main downside: You’re at the mercy of the ferry. Even if it’s running from Landeyjahöfn, the ferry is very occasionally cancelled.  If that happens, you may find yourself stuck on Heimaey for another day. But that’s the price you pay to experience a place freshly re-formed by a volcano, and an island ready to show you a unique slice of Icelandic life.

Eric Newman and his family spent the summer exploring Iceland. They found Iceland very child-friendly; note that every museum above is free for kids! Recently, Eric seems only visit countries that start with the letter “I”: Israel, then Ireland, and now Iceland.

Eric and his family run the web site Iceland with Kids, and they are working on publishing a guidebook called Iceland with Kids. Find them on their website, or also on Twitter, Instagram, or Facebook. 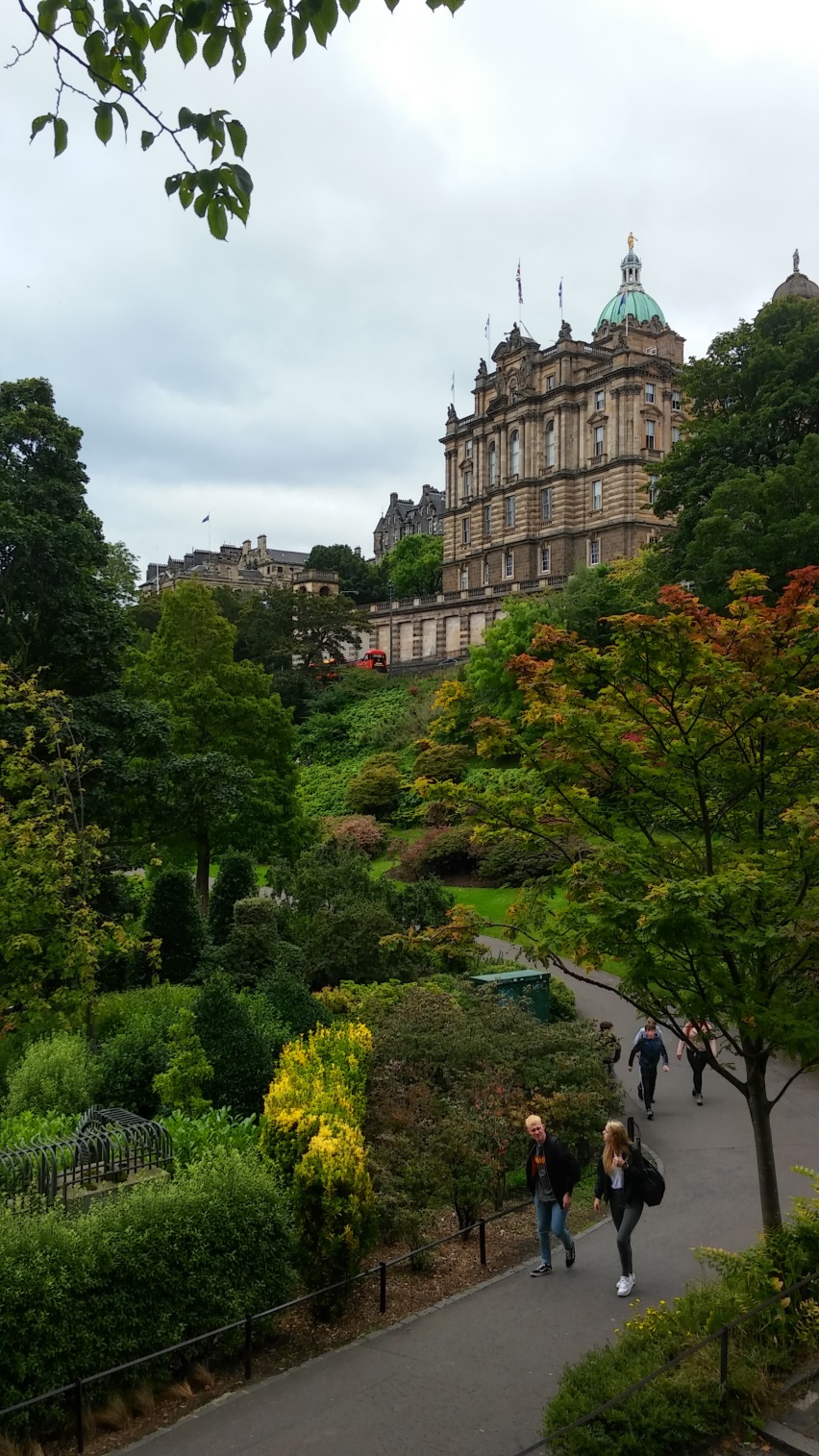 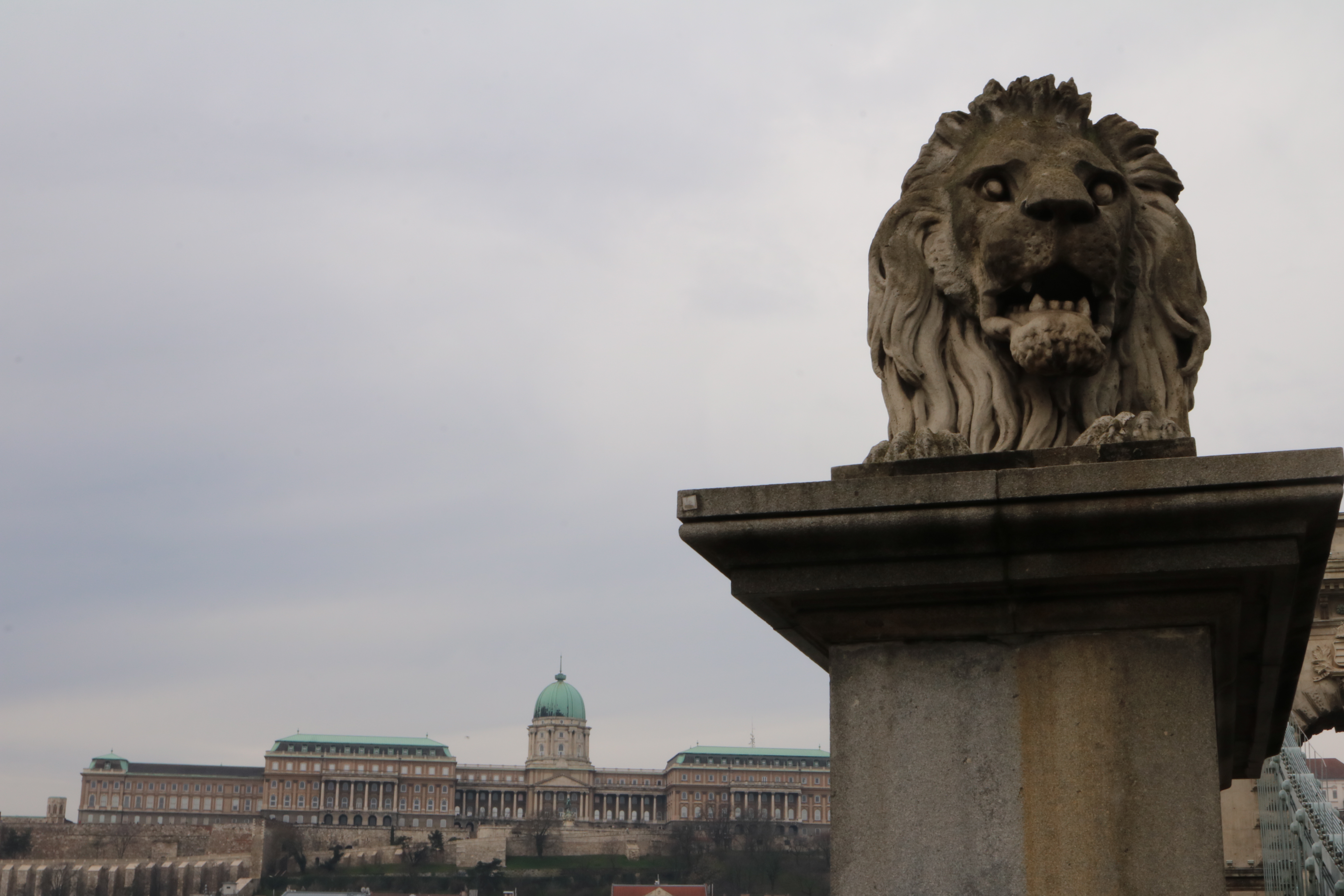