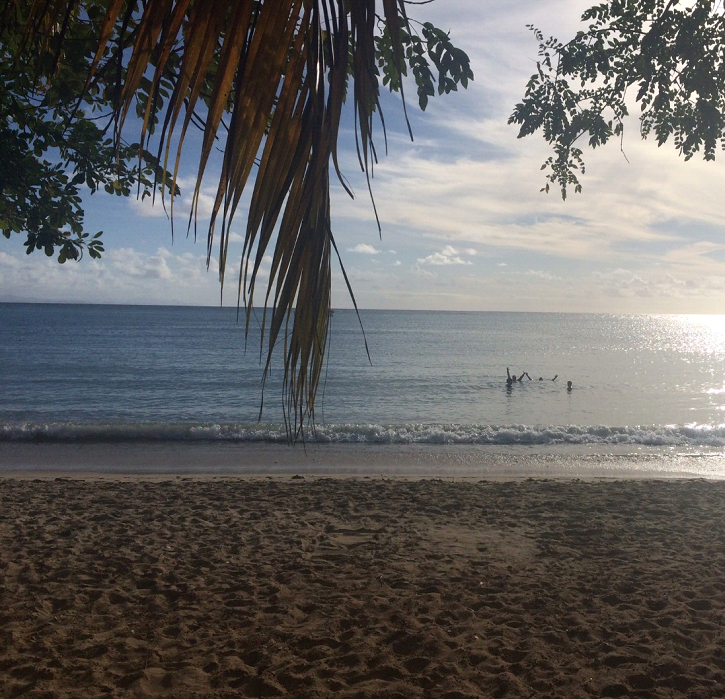 Enduring the winter in Boston is terrible every year. Lucky for us Bostonians, Norwegian Airlines now provides direct, cheap, terrific service to the French Caribbean (Martinique and Guadeloupe) during the Winter months. After seeing the introductory fares, it took me about thirty seconds to decide to book a trip. The grand total for my flights were $178. Soon after, I got four friends to follow suit and last December we all took our first trip to Martinique. 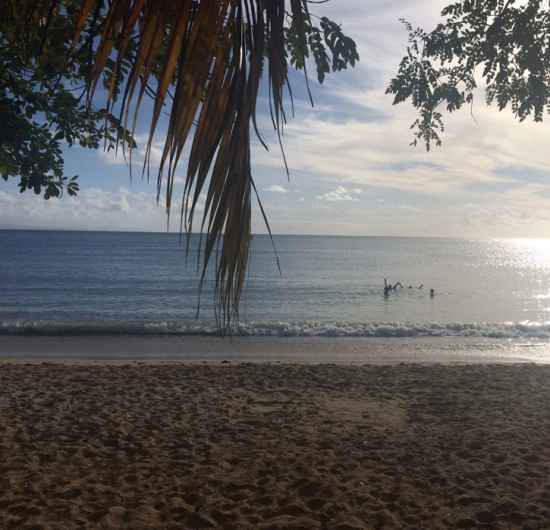 My friends and I flew direct from Boston to Fort-de-France, Martinique on one of Norwegian Airlines’ new Boeing 737 planes. They provided free WiFi throughout the flight and offered drinks and food for purchase. The flight was a little more than four hours and before we knew it, we were breezing through customs and picking up our rental car.

The little tourist information about Martinique that I was able to find prior to the trip said that renting a car is necessary to get around the island. I booked the cheapest automatic transmission car that would hold five people that I could find online, which ended up being a Volkswagen Polo for €126 (three days). The rental company put a rather large deposit charge on my credit card (something like €700) but it wasn’t a big deal because we had no car troubles. We picked up the car and headed for the villa we rented. (Editor’s Note – most rentals in Martinique are manual. If you need an automatic, book as early as possible)

My friends and I booked our flights about five months before our trip, so we had a lot of time to research places to stay. We searched for apartments and houses we could rent, rather than hotels. We ended up finding this amazing place on the south shore of the island, in an area called Le Diamant. It was an easy drive from the airport to Le Diamant – maybe a little over a half hour. The villa had 4 bedrooms, 3 bathrooms, a pool, and an incredible view: more than perfect. We ended up paying €510 for our three-night stay. That price split five ways made for a great deal. I apologize but at this time, I cannot divulge the exact location of this villa because of selfishness.

We stayed in the area of Le Diamant for the majority of our time on the island. We arrived late on a Sunday, which made it a little difficult to find anything open. On the main road in Le Diamant, we passed by closed restaurants, shops, boulangeries, and a post office. Luckily, we found a nice dinner near the beach at a place called Surf’in 75. We would have to wait until the next morning to pick up other provisions at the local 8 à huit (pronounced “huit à huit”, which means it’s open from 8am to 8pm). (Editor’s Note – there are also a few Carrefours in Martinique. If you need a wide selection, Carrefour is probably best.)

We made many trips to the 8 à huit during our three days. We picked up sunscreen, postcards, snacks, chocolate, rum. My friend Kelly bought maybe four pounds of limes which the rest of us thought was overkill, but ended up being exactly right for our drinking needs. Biggest takeaway from grocery shopping in the Caribbean: you will need more limes than you think for your rum drinks.

We visited a local beach near our villa. Beautiful white sand, clear water with a huge diamond-shaped rock formation just off the coast (the namesake of Le Diamant). The beach was very sparsely populated with no lifeguards. The current was a little strong, but lucky for us, we left the beach with as many people as we came with. The next day we ventured to the west part of the island to the town of Sainte Anne and visited a beach called Grande Anse des Salines, which was a better beach for swimming but also with a lot more people. This beach had bathrooms and changing rooms, as well as vendors selling things like drinks and ice cream. It was difficult to find a parking spot, though. 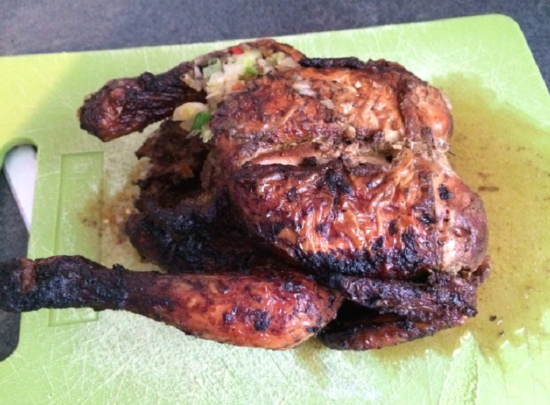 Martinique’s cuisine reflects its history: French and Caribbean. I had a local dish called colombo de thon, which was a Caribbean curry with tuna. My friends and I also had a lot of accras de morue, or cod fritters. A food highlight was getting a couple poulets boucanés (a French Caribbean answer to jerk chicken) from Pam Snack on the beach of Le Diamant and bringing them back to our place for a relaxing afternoon by the pool. For our last night, we had French food like warm goat cheese salad and magret de canard with our feet in the sand at a place called L’Espuma Beach. 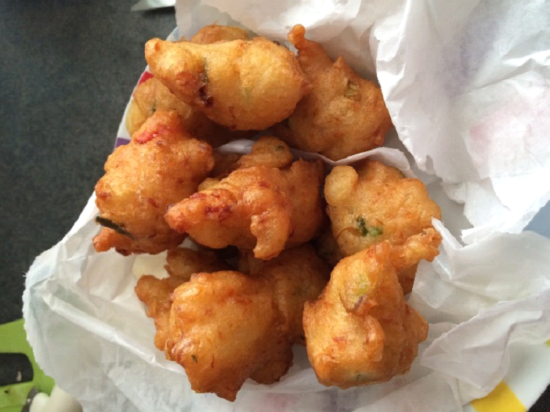 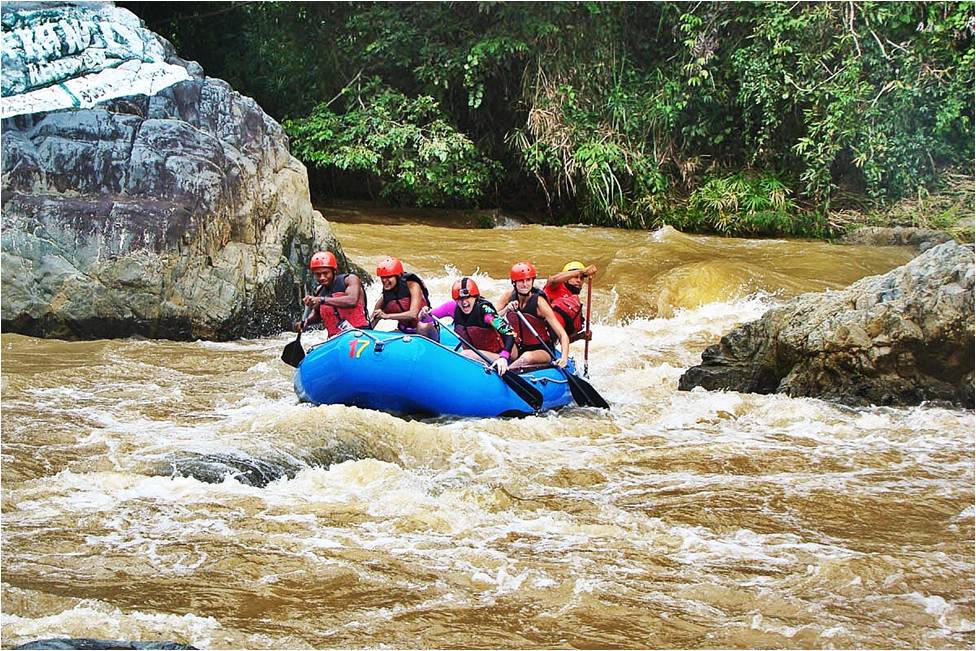 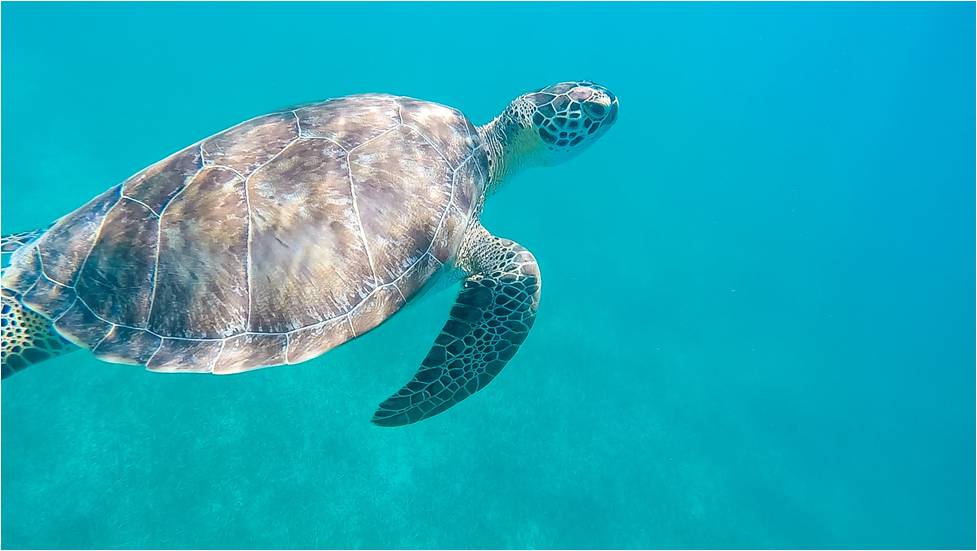