Basic Economy still offers full mileage earning with Delta as well as priority boarding privileges if you are a Delta elite status member. The initial program was limited in scope — it was only available from Detroit and Fort Lauderdale, Orlando, Fort Myers and Tampa. This meant that a limited subset of flyers would encounter it. Here’s how it is presented when a Basic Economy fare shows up. Basic Economy pricing is shown on the far right and clearly displays the features of the product.

Under normal circumstances, we wouldn’t consider this a bad deal. Unbundling of services from the cost of a ticket has been ongoing for a while. Bags used to be free, but no more. Food used to be free, now it isn’t served at all or it is available to buy on board.

So Why Is It A Bad Deal? 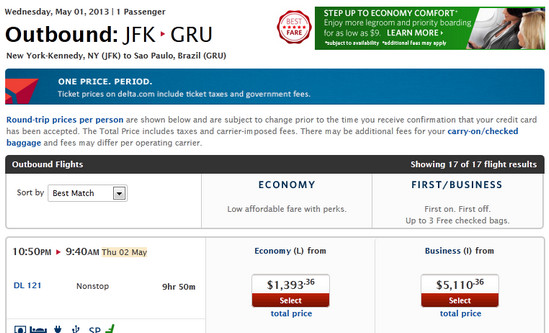 For Clarification: This screenshot was not taken when the sale was going on. As such, does not show the E fare in the normal column. This was to illustrate where the E fare was shown. 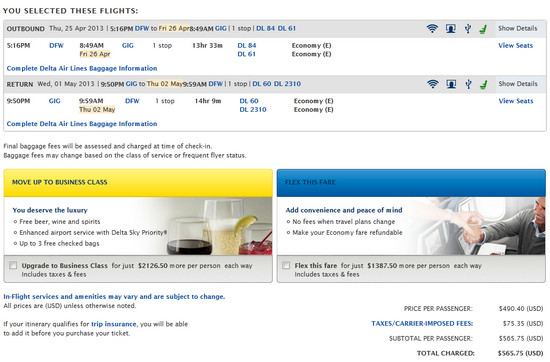 Here’s a screenshot at fare confirmation where Delta is selling E (or Basic Economy) fare to GIG – Rio de Janeiro or testing it internationally.

Not informing the consumer that they are buying an extremely restrictive fare is deceptive and anti-consumer.  The trend for unbundled airfares will continue to be more aggressive from the airlines. As consumers, we need to be aware of tactics where the airlines try to bury the true nature of the fare. Delta will do more tests and if it is successful, it will be rolled out en mass and that’s when even flying internationally will truly become an experience like taking a bus.

How to Avoid Basic Economy Fares

There are two ways to make sure that you are not searching for them:

What We Will Do Going Forward

We will provide disclosure when the fare is in Basic Economy and not highlighted by Delta.

Share this...
By The Flight Deal
How to Read Airfare Rules and Use It to Your Advantage
Memorial Day Weekend Vacation Planning Tips 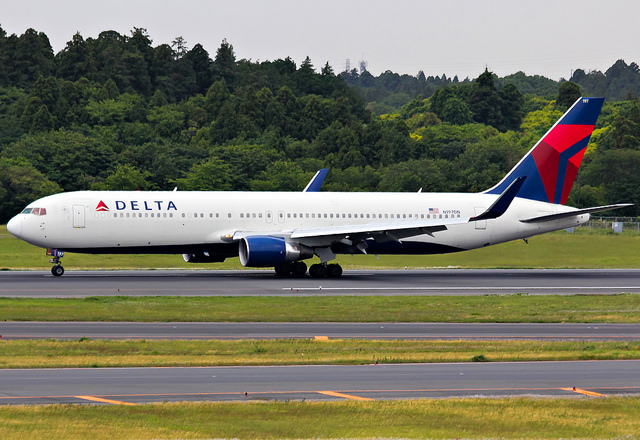